Very few people set out to drive while impaired by alcohol. Rather, alcohol impaired driving results from a combination of decisions about drinking and decisions about driving. The sequence of these decisions brings the two acts together in place and time. A study recently completed by the National Public Services Research Institute looked at the decisions people made to drink and drive.

Some of the most critical decisions occur early in the series. These include decisions about taking part in events where drinking will occur and transportation to get to the event. Decisions made at this point can lead to conditions that make alcohol impaired driving a virtual certainty. As a result, many current countermeasures do not work. For example, encouraging social hosts to control guests’ drinking may prove futile where celebrations create expectations of overindulgence. Efforts to combat alcohol impaired driving must address the range of conditions that influence drinking and driving decisions if they are going to be successful.

The study team interviewed almost 600 people who admitted driving a vehicle while impaired by alcohol. They described in detail the series of decisions leading up to their most recent occurrence of driving while impaired.

In a 45 minute interview, each drinker described decisions involving:

-whether to take part in a drinking event
-how to get to the event
-what, and how much, to drink
-what activities to participate in, for example, eating, dancing, or games
-when to go, whether to stay over
-how to get home

The interviews revealed more than 2,000 individual decisions that led, in one way or another, to alcohol impaired driving. These decision bases were then broken down into several categories for analysis, as shown below.

For example, Social and Environmental Influences were the largest category leading to alcohol impaired driving. These influences accounted for one third of all the decisions, and came from friends and the situations they helped to create. Heavy drinking often arises in response to subtle overt encouragement from friends. For example, hosts may give the impression that they expect over consumption and do not appreciate moderation. Or, friends may promote heavy drinking to feel more comfortable in their own over consumption. Prevention efforts to alter these influences might seek to redefine hospitality and sociability with less dependence upon alcohol as a social lubricant. And, promote the idea that friends don’t encourage friends to drive drunk.

The study found that the willingness to allow impaired friends to drive often arises from the need for a ride in the absence of an available designated driver. This can happen because the driver did not foresee the need for a designated driver in advance, there was no sober passenger present, or the other drinking passengers were unwilling to drive, even though less impaired. Some passengers are less concerned about their prospects of being injured as a passenger than about the possibility of being arrested as a drinking driver.

About one fifth of the decisions to drink and drive come from within the individual. These Personal Influences ranged from drinkers’ need for relaxation to the desire to “get wasted.” Often, the desire to maintain whatever feeling had already been achieved influenced decisions to keep on drinking. One of the chief influences upon the decision to drive impaired was simply a person’s failure to recognize or admit that they were under the influence of alcohol.

We here at North Buckhead Driving and DUI School are trying to make the roads a little safer. We are a leading Atlanta DUI School with weekly DUI / Risk Reduction Classes as well as Atlanta Defensive Driving Classes. You can sign up by calling our office at (678) 510-2099 or by visiting our website at http://www.northbuckheaddrivingandduischool.com/ and using our secure registration system.
Remember, we’re Atlanta’s first choice for: 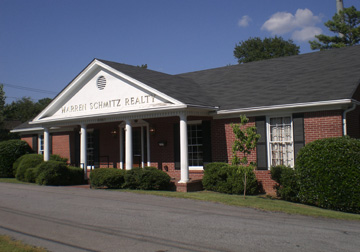